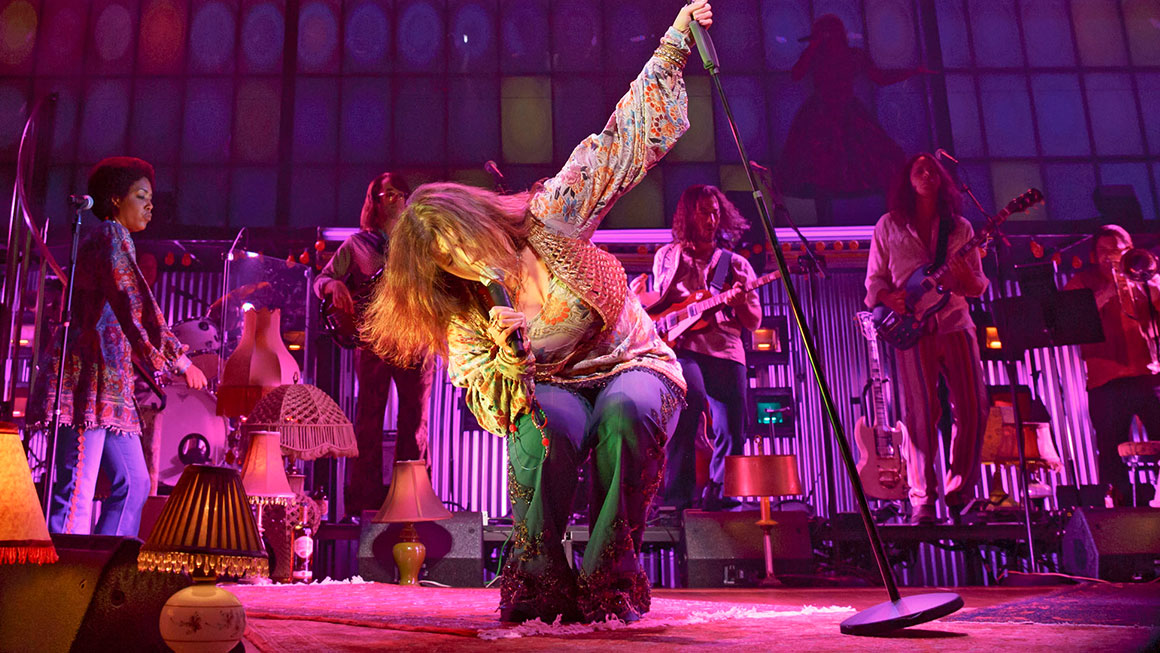 A Night with Janis Joplin

Like a comet that burns far too brightly to last, Janis Joplin exploded onto the music scene in 1967 and, almost overnight, became the queen of rock & roll. The unmistakable voice, filled with raw emotion and tinged with Southern Comfort, made her a must-see headliner from Monterey to Woodstock.

From Broadway to your city, now you’re invited to share an evening with the woman and her influences in the musical, A NIGHT WITH JANIS JOPLIN.

Fueled by such unforgettable songs as “Me and Bobby McGee,” “Piece of My Heart, “Mercedes Benz,” “Cry Baby,” and “Summertime,” a remarkable cast and breakout performances, A NIGHT WITH JANIS JOPLIN, written and directed by Randy Johnson, is a musical journey celebrating Janis and her biggest musical influences–icons like Aretha Franklin, Etta James, Odetta, Nina Simone, and Bessie Smith, who inspired one of rock & roll’s greatest legends.