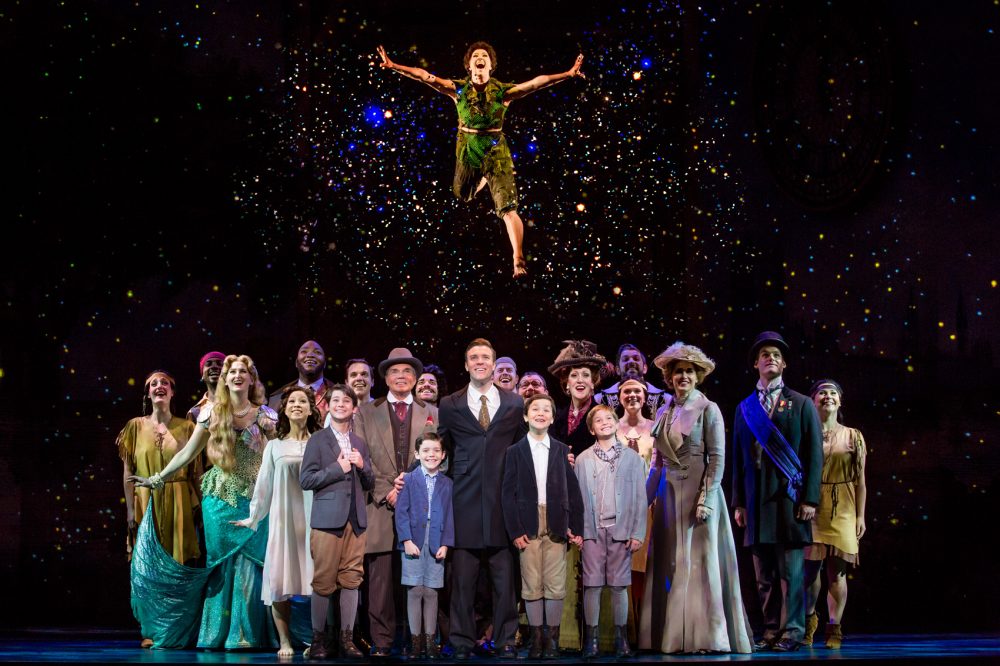 Based on the Academy Award®-winning film of the same name, this breathtaking show follows playwright J.M. Barrie as he summons the courage to become the writer – and the man – he yearns to be. Barrie finds the inspiration he’s been missing when he meets the beautiful widow Sylvia and her four young sons: Jack, George, Michael, and Peter.

Delighted by the boys’ hilarious escapades, Barrie conjures the magical world of Neverland and writes a play unlike any the high-society London theatergoers have ever seen. It’s a tremendous risk, but as Barrie himself has discovered— When you believe, you can fly.

Tony® winner Diane Paulus (Pippin, Hair) directs this innovative musical featuring an original score by noted composer Gary Barlow and Grammy® winner Eliot Kennedy, with a book by celebrated playwright James Graham and choreography by three-time Emmy® winner Mia Michaels (“So You Think You Can Dance,” Cirque du Soleil’s Delirium). Packed with mesmerizing visuals, irresistible songs and plenty of laughs, FINDING NEVERLAND is a timeless story about the power of imagination… and spectacular proof that you never really have to grow up.