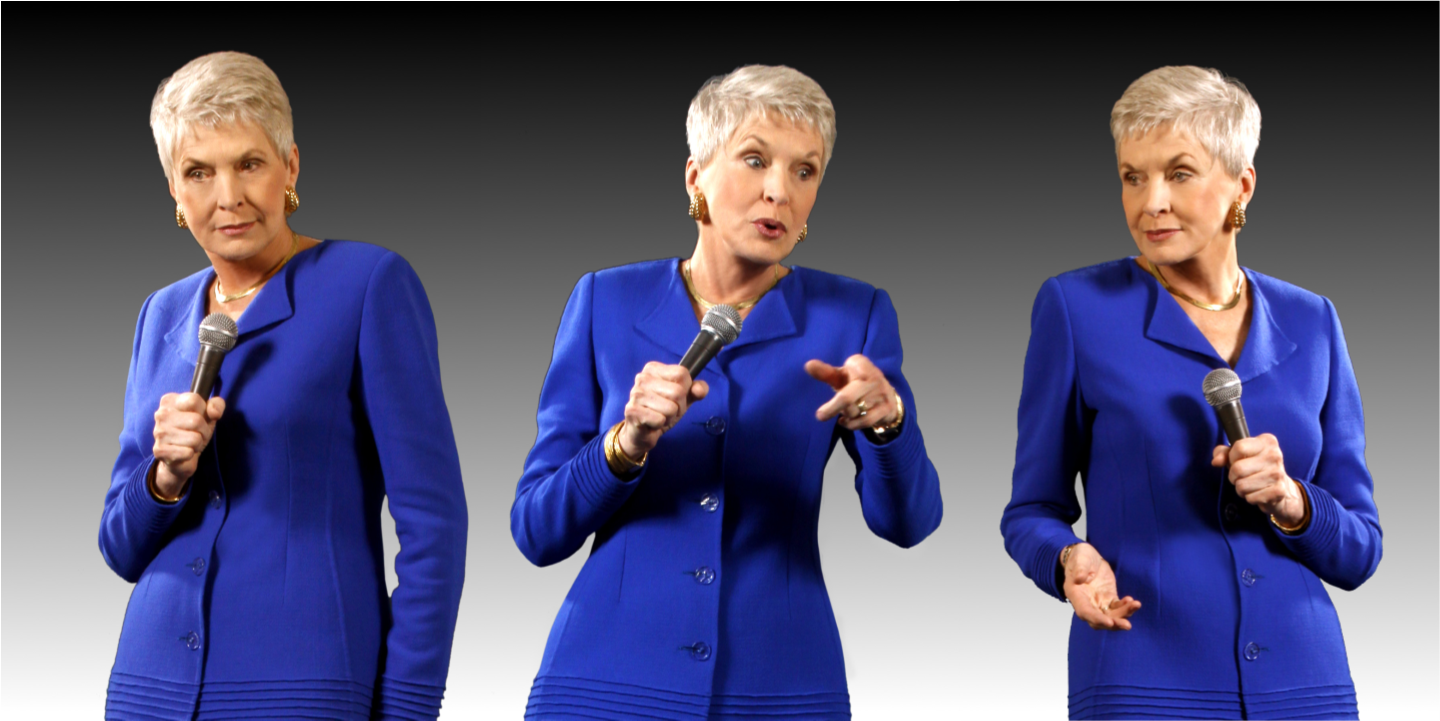 Jeanne Robertson reached her 6’2” stature at age thirteen. Perhaps it was an indication of a future speaking career that would soar to great heights.

No, professional speaking might not have been predicted when Jeanne was in the seventh grade in Graham, North Carolina, when and where she would have been voted most likely to make the basketball team and least likely to be a contestant in the Miss America Pageant. She did make the team—averaging more than thirty points per game in her junior and senior years—but as Miss North Carolina 1963 she also competed in the Miss America Pageant where she was named Miss Congeniality.

It was her participation in and perhaps even her losing of the Miss America title that turned Jeanne’s life into a succession of events that led her to be one of the funniest, busiest and most popular professional speakers in America today. Because she was asked to speak every day as Miss North Carolina, Jeanne traveled her native state for one year speaking at pageants and addressing civic clubs and corporations. When that time was over, she found that people were willing to pay her to come and address their groups and conventions and loving every laughing minute of it. They wanted Jeanne-not just a titleholder and they wanted her because she made them laugh.